For those of us untuned to the natural world, our first brush with bats may well have come via Halloween costumes or horror films featuring Count Dracula, Transylvania’s most infamous castle owner. The last three years of the COVID-19 pandemic have changed all that. Those who follow popular accounts of the fieldwork of epidemiologists and virologists researching the vector of the COVID-19 virus have seen bats brought to center stage—in particular the diminutive, cave-dwelling horseshoe bats of China. Many Chinese eat bats, as do people in other countries, and the most common hypothesis for much of the past two-and-a-half years appeared to be that horseshoe bats carrying the disease captured in caves near Wuhan, China were brought to a wildlife market where, after slaughter, they were consumed by locals, who subsequently became infected. Another hypothesis is that, prior to their being killed, the bats would have been held in cages, possibly sitting stacked on top of enclosures containing other wildlife species destined for the pot. The stress of captivity and close confinement with other species probably led to the bats to excrete their urine and feces more often and possibly causing other species caged below them, when consumed, to become a source of the disease.

If this description of the Wuhan wet market sounds like a far cry from a farmer’s market in Bethesda or Brookmont, well it is. On display to be killed and chopped up at a wet market typically are a menagerie of birds, reptiles, amphibians, civets, weasels, forest rodents, and a canid called the raccoon dog, along with whatever bats are in season. The prevalence of wildlife markets in much of southeast Asia, and most commonly in China, have been the conservationist’s nightmare. For years, tigers were raised on farms in captive crowded conditions then killed for their body parts, to be served to customers at high prices. This practice has been largely controlled, but the wildlife markets for other species still flourish. In fact, the raccoon dog is such a popular delicacy that thousands are raised in captivity on farms dedicated to that purpose to supply markets such as those in Wuhan.

This is where things turn deadly. A study published this summer in Science magazine claims that not only was the Wuhan wet market COVID-19’s ground zero, but the most likely species to transmit the virus was the raccoon dog and not the Chinese horseshoe bat. Whatever the source, the occurrence of this inter-species disease transmission is a testament to our increasingly disturbed relationship with nature. We should not be eating wild animals, especially kept in conditions like in the Wuhan wet market. Had people not eaten raccoon dogs or horseshoe bats, there is a good chance the world would not have changed so dramatically over the past three years.

The COVID-19 outbreak is not a one-time viral animal-to-human transmission event. In fact, scientists have documented at least 14 serious outbreaks of viruses since the year 2000, all zoonotic spillovers, a term used when a disease jumps from animals to humans. One famous example is the deadly Ebola virus, jumping to at least some of the humans who ate the meat of great apes in West Africa. An example of secondary transmission occurred in the case of the MERS virus, where camels were eaten that had been dripped on and contaminated by the feces and urine of bats roosting in palm trees above them.

But let’s get back to bats. You will never see a horseshoe bat here in Cabin John except in articles about COVID-19. About 100 species of horseshoe bats occur across the world, but not in North or South America. They are tiny fellows that have funny faces, eat insects, and cluster in caves. If you have read about bats and COVID-19 or bats and viruses, you will have learned that bats are a source pool for many kinds of viruses. But that perception could be due to a simple numerical relationship: among mammals, bats are second only to rodents in the diversity of their species. Nearly two-thirds of all mammal species are either rodents or bats. So, we should expect a largely tropical group like bats or rodents to harbor lots of viruses.

It is all but guaranteed that more zoonotic spillovers will occur in the years to come. How many will trigger pandemics, like the SARS-2 or COVID-19 viruses, remains to be seen. But one way our species can avoid more outbreaks is to stop eating wild animals, especially, bats, rodents, primates, and carnivores. Easier said than done on a world scale, but look at what our ignorance has caused us.

Bats may also teach us a great deal about how to live with not only COVID but other potentially deadly viruses. For some reason, bats are unaffected by the viral diseases that wreak havoc when passed to humans. Some biologists say it is because bats run hot: their higher body temperatures during flight make their bodies unsuitable for the viruses to work their will. We don’t really know. But it makes sense to learn all we can about species that can harbor and cope with nasty viruses, in anticipation of COVID-25 and COVID-31.

I want to end our summer salute to bats on a more uplifting note. Rather than thinking of bats primarily as a source of disease, I prefer to think of them as a source of wonder. The space for these columns is too limited to expound on the evolutionary marvel that bats are, the only true flying mammals. As I watch our mosquito-eating bats emerge into the dusk, wheeling and darting on fluttery wings in pursuit of insects that also carry diseases like Dengue fever, I think of them more as guardians than as a source of fear. Fly on little bat! 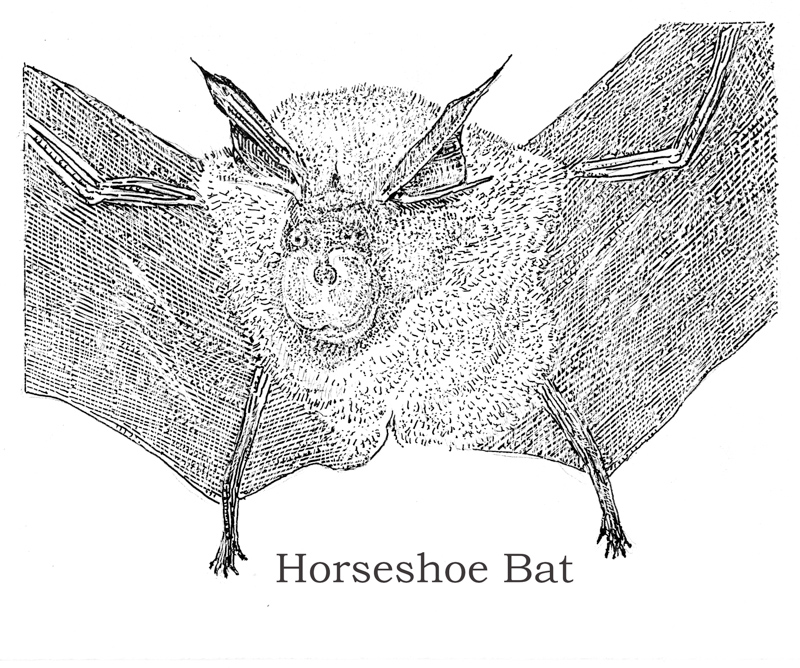