Ask an art major what comes to mind when they hear the word “Nighthawks,” and the response is immediate: the name of an iconic Edward Hopper canvas, painted in 1942. The oil on canvas features three customers and a server behind the counter of a well-lit diner, late at night, viewed through the restaurant’s large glass windows and set against a gloomy urban streetscape. It is arguably Hopper’s most famous work and one of the most recognizable paintings in American art. Even though New York City is full of pigeons, there is not a bird in sight, resting for the night on a lintel or edge of a rooftop.

If Hopper had set up his sketchpad, sitting across the street in late spring or summer, and had worked until late afternoon or dusk, he might have heard overhead a loud peent. And if he looked up from his work, he might have noticed a bird flying with irregular wing beats, as if it were injured, darting this way and that. There, above the streets of Greenwich Village, he would have spotted one of the most fascinating birds of our avifauna, the common nighthawk.

Nighthawks, even for seasoned naturalists, are more commonly heard than seen. Here in Cabin John, every Spring around May 5th, I remember to listen for that distinct nasal peent, uttered way above me, and then look skyward for an erratic tapered winged bird beating vigorously across the sky. Peent!

Good luck trying to see one when it is perched. Even though the common nighthawk is no hummingbird, measuring almost 10 inches long and with a wingspan of nearly 24 inches, when perched on a tree branch or wooden post, the cryptic coloration of its plumage—as if the bird were coated in flakes of bark rather than feathers—renders it nearly invisible. It becomes one with its perching stand. If it doesn’t move, you could walk by a few feet from the bird and never see it.

Another reason people rarely see nighthawks is that even though they breed here, their time in our area is relatively short. They arrive from the south in early May and most stay until the end of summer, though some individuals begin heading south again by end of July. Where “south” is depends. Some of the species fly all the way to Uruguay and Argentina to winter, one of the longest migrations of North American birds, about 4,100 miles. Nighthawks live only around 4-6 years, but still that is a lot of frequent flier miles to put on those wings.

Why would a bird fly so far each year in its relatively short lifespan? To thrive and breed, common nighthawks must eat lots of insects, which they catch on the wing in their huge gaping mouth. Nighthawks are an anomaly, a bird with a tiny beak, but when it opens its mouth it reveals an enormous opening, able to swallow whole insects in flight. By flying to where insects are abundant during the breeding season in our area in June and then leaving before fall when flying insects virtually disappear, the migrating nighthawks take advantage of the austral summer in Argentina, when the flying bugs are fluttering and the tango dancers perspiring in the heat and humidity of December and January.

An interesting physical characteristic of nighthawks and other members of its family is weak legs. This is a bird that is poorly designed to move around much on the ground, yet that is where it builds its nest. It lays its two eggs in a small pile of stones and gravel, and then…blends. A favorite nesting spot is the flat roofs of office buildings in Washington, D.C. The more flat roofs available in a city, the more nighthawks can nest.

Finding nighthawks and their close relatives, called nightjars in Europe, Africa, and Asia, when they are perched and at rest at night is made easier with a flashlight. From far away, the reflective eye shine you see from a perched bird is a bright red dot. In fact, when I was fresh out of college and studying tigers in the wild jungles of southern Nepal, I came upon this field tip in a book by Jim Corbett, the most famous hunter of man-eating tigers and leopards in the British Colonial era. He warned the reader: “One red eye, and it’s a nightjar. Two red eyes and it’s a tiger.”

I did see nightjars on the road a lot when driving along the dirt tracks, their single red eye lit up by the pick-up truck’s headlights. Occasionally, to my great delight, there would be two red dots.
There are no tigers in my backyard here, only the odd fox and raccoon. But in early May, I stand on duty, binoculars around my neck, ears cocked, for that familiar call of the long-distance flier home from the Argentine. Peent! 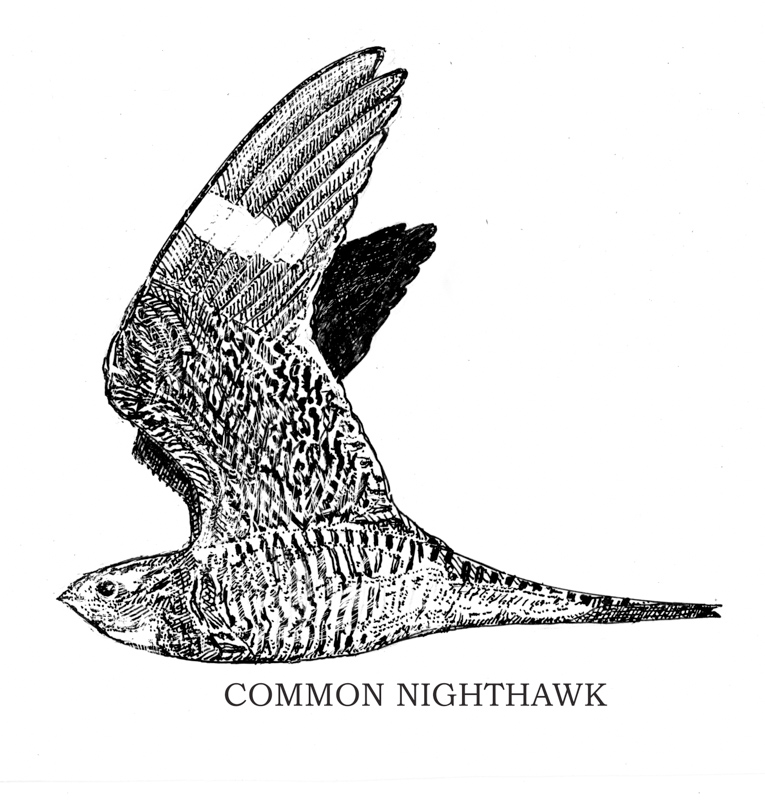 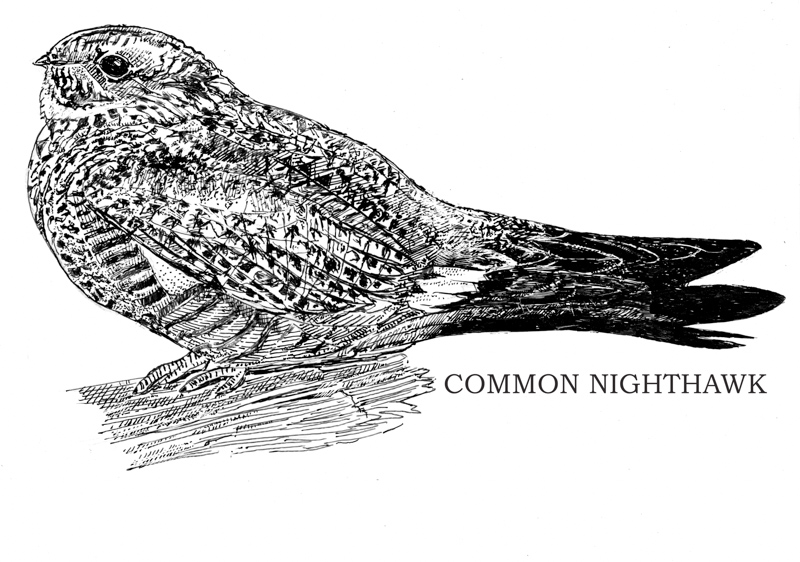