In nature’s beauty pageant, what is the most stunning wildflower native to Maryland? There are spectacular candidates like Calypso orchid and Shooting star. But my vote is for a wildflower that shares our state name—Spigelia marylandica—known more familiarly as Woodland pinkroot or Indian Pink. With  its spectacular 2-inch-long, crimson-tubed flowers on the outside contrasting with creamy yellow tips, it will stop you in your tracks. The flowering display at the tips is set off against a strikingly symmetrical arrangement of leaves—pairs are born opposite each other and emerge right out of the stems, with the leaves rotated 90 degrees to the pair above or below them. Botanists call this pattern of leaf arrangement “decussate”—a great word for novices to name-drop to show their chops. Such decussate leaves are in turn marked by an elegant venation pattern of deep grooves in the upper leaf surface. Elegant leaves, stunning flowers—this is the kind of plant that can convince doubters of Darwin’s theory that evolution is capable of producing living organisms of extraordinary beauty.

The beauty of Woodland pinkroot is perhaps accentuated because it is relatively rare in our area, even though it bears the epithet “marylandica.” In fact, I have never seen it in the wild during my Maryland nature walks, even though white-tailed deer, the notorious native wildflower remover, avoids pinkroot. Woodland pinkroot can be found throughout the greater southeastern U.S., but wherever you look it is never common. Woodland pinkroot prefers rich, moist woods and wooded stream banks. Although in nature it is typically found in partial to full shade, it requires well-drained soil.

Plant breeders know beauty when they see it, so Woodland pinkroot has been brought into the garden trade, aided by its long flowering period and ability to tolerate shade. You can even order it online. There are showier cultivars for sale, but I would stick with the original. Some report it can do well in sunny spots, forming dense clumps and exploding with more flowers than the plants stuck under shade. But from personal experience, I suggest heeding the warning of horticulturalists: this species requires well-drained soils. To be able to admire this beauty at home, under the canopy forest in my backyard, I planted five Woodland pinkroots. They flowered prolifically for a few years and then died. My backyard, like many here in Cabin John, is underlain by dense clay, not the preferred soil type for this species. So a rich deposit of deep topsoil mixed with some gravel to enhance drainage might be the ticket. I will try again.

There may be a good reason that deer know to avoid Woodland pinkroot. Some botanists put Spigelia in its own family, the Spigeliaceae, but most consider it part of the Loganiacieae, a mostly tropical family. Not familiar with it? Many plants in this family store highly toxic alkaloids such as strychnine in their leaves, repelling herbivores, deer among them. Spigelia was also known as wormgrass because it was once used as a concoction to rid humans, children especially, of worms. The dire consequences of inappropriate doses, however, is well documented, leading to cramps and severe pain in various parts of the body. Spigelia isn’t even a particularly pleasant name for a plant genus, but that’s simply coincidental.

Botanists have a penchant for naming genera or species after…fellow botanists, and Spigelia is no exception. None other than famed 18th century botanist Carl Linnaeus, known as the Father of Taxonomy, named this plant in honor of Adrian van der Spigel, a Brussels doctor whose 1606 text described the creation of herbaria using dried plants.

Unlike the rest of the plant, the nectar of Woodland pinkroot is not toxic, however, and a favorite of our ruby-throated hummingbirds. So what could be a better occupant of your garden? A gorgeous plant that attracts one of our most charismatic birds, the diminutive hummer. Enjoy the summer with this exquisite pairing of nature and honor Maryland’s name by introducing it to your yard. 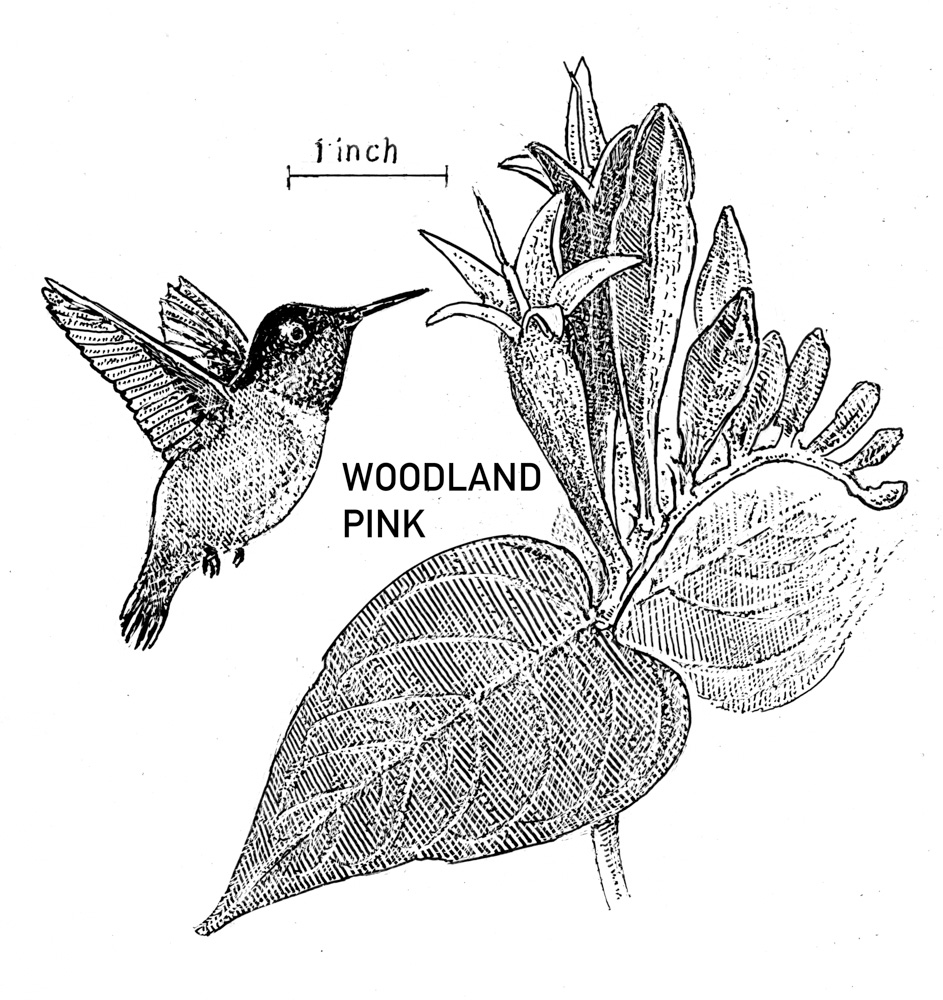