After multiple years and a pandemic, the Cabin John sign committee is excited to be able to share a recommended sign design with the community at the May 26 Cabin John Citizens Association meeting. CJCA officer elections also will be held during the Zoom meeting, which will begin at 7:30 pm.

The community endorsed a Cabin John sign project as part of the celebrations for the CJCA’s 100th anniversary in 2019. In addition to civic pride, the idea for a prominent Cabin John sign stemmed from community frustration that, as part of the revamping of the Cabin John Shopping Center at Seven Locks and Tuckerman Lane, the developers decided to rename the shopping center and planned townhouses Cabin John Village.

After some debate about how best to plant our flag as the REAL Cabin John, the decision was made to come up with a sign that simply says: Historic Cabin John, established 1912. The only other guidance was that the sign be placed somewhere along MacArthur Blvd.

With those marching orders, the CJ sign committee, led by CJCA Vice President Greg Pawlson, has been working diligently, although somewhat sporadically, throughout the pandemic. The group’s work became inspired when Jack Mandel, a stone mason and owner of his own stonework design business, recently joined the effort. Other committee members are Darla Cable, Dallas Harrison, Charlotte and Russ Leighton, and Susan Shipp.

Thanks to Greg Pawlson’s efforts, the MacArthur Plaza shopping center has tentatively agreed to allow a Cabin John sign to be installed on the grassy area between the landscaping and the stop sign at the corner of Seven Locks and MacArthur Blvd.

The committee hopes that CJ residents will join in the Zoom meeting for the design unveiling and a discussion about next steps, including the additional fundraising that will be needed to make this sign a reality. A link to the meeting will be emailed prior to May 26.

2021 CJCA OFFICER ELECTIONS  – 2021 CJCA Officer Elections also will be held at the May 26 meeting. The slate is still being put together, and we are still looking for officers to serve in a number of positions. So, don’t be shy, reach out to Susan Shipp at jsjshipp3@verizon.net and let her know that you are ready to volunteer your time to give back to our wonderful community. 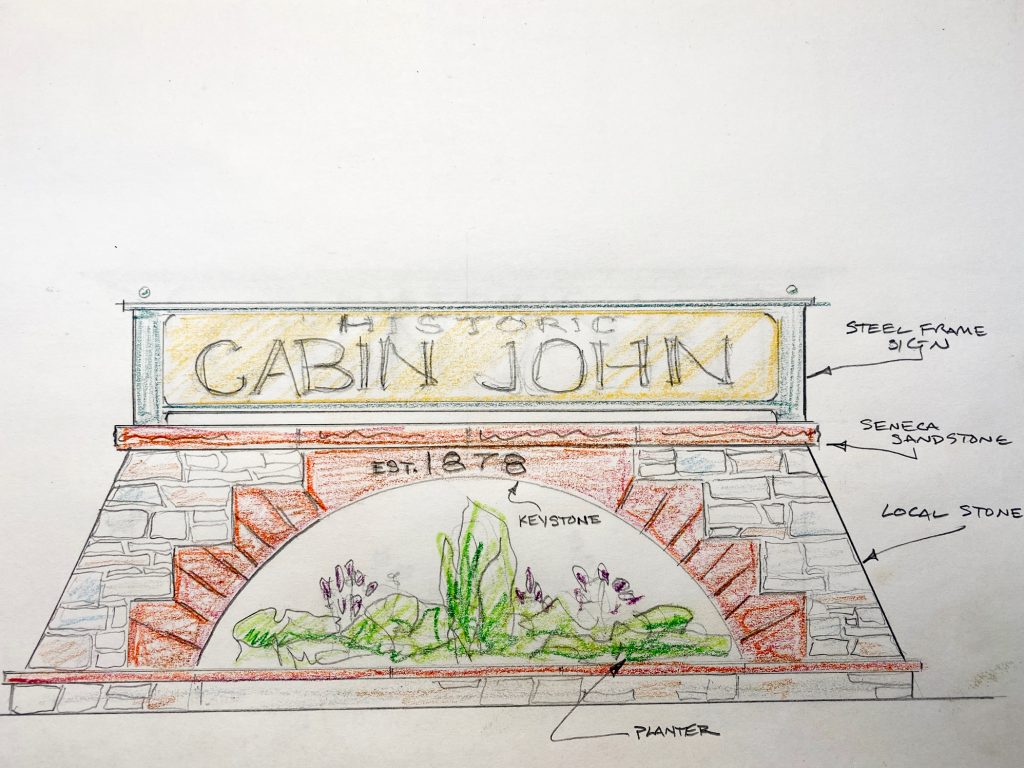