I was delighted to receive a wonderful handwritten letter a couple of days before the deadline for this column. Though Mr. Jesse J. Crook’s correspondence began by expressing doubt as to whether anyone in Cabin John would remember him, his name is certainly familiar to me within the context of Cabin John history, and I’m sure it will ring a bell for other residents too.

Mr. Crook wrote to me about my last column on Cabin John’s Post Office history. His letter added some engaging personal insights to this story, as he worked at the post office while a young man. Jesse J. Crook was born in 1935 in his grandmother Mary Tuohey’s house on 79th Street, in “the upstairs front room over the porch. My mother Loretta Cynthia Tuohey was born in the same house, same room, June 9, 1915. Fast forward to 1955, my first son when he was 3 days old also lived in the same room.” He lived in Cabin John until 1958, when he moved to the Eastern Shore after graduating from the University of Maryland.

The house on 79th Street was built around 1913 by Mr. Crook’s grandfather, David Tuohey, and was one of only a few houses in Cabin John at that time. Mr. Crook’s great-grandparents lived on Conduit Road in a charming house that served as the general store and post office for many years. Dennis Tuohey, his great grandfather, was postmaster from 1894 through 1919. David Tuohey later took over the shop and called it Tuohey’s Restaurant. As Mr. Crook recollects in his letter, family lore indeed confirms that the “first real post office in Cabin John was at the store which later became, as we knew it, the ‘Beer Joint’” following Prohibition in 1934.

In 1927, the post office moved to the 5th Street (77th Street) shop run by Mr. and Mrs. Scott, then Mrs. Irene Carper became postmaster when she and her husband took over the shop.

Mr. Crook’s aunt, Mrs. Ruth (Tuohey) Shuff, served briefly as postmaster and according to Mr. Crook she gave up the position after she married Charles Shuff, a widower on 6th Street. It was Ruth who convinced Eloise Laura Linkins (McKelvey) to apply for postmaster in 1945. Mrs. Linkins had two children from her first marriage, including a son Robert whom Mr. Crook knew well. Robert married Carol Fudge, a Cabin John Gardens neighbor and classmate.

In 1955, Mr. Crook rented his grandmother “mom mom” Tuohey’s house, in which he was born, as she’d had a stroke and moved in with his aunt Ruth on Brickyard Road. “At that time there were four houses between MacArthur Boulevard and Falls Road.” While submitting a change of address with Mrs. McKelvey, Mr. Crook saw an advert for sub postal clerks for Cabin John (3rd class post office) and Glen Echo (2nd class post office), at $1.53-1/2 per hour. Having experience delivering the Christmas mail a few years earlier, “I took the required postal test, passed and went to work.”

He continues: “Cabin John was allowed 4 clerk hours a day, Mrs. McKelvey told me I could work a flexible schedule, but had to work every Saturday morn, as we were swamped writing money orders. There were no banks in Cabin John, Glen Echo, Potomac, closest bank was in Bethesda and Cabin John people did not use banks. When I had extra time Mrs. McKelvey would take leave, which allowed me to work extra hours. She was a great person, fair/kind to everyone and dedicated to doing things right, and by the book. I worked there from 1955-1958. Without her help I would have been at Md. [university] several more years.”

Mr. Crook and his wife bought a house in Cabin John Gardens and befriended their neighbors Jimmy and Shirley Shuler, a young couple with a daughter. “As I was graduating from Md., I recommended Shirley apply for my job at the post office. Eloise hired her right away.” Shirley worked with Mrs. McKelvey for 14 years and became postmaster from 1972 until 1988.

These personal anecdotes bring life to the story of Cabin John. What a pleasure it was to receive this unexpected letter. My reply to Mr. Crook is in the mail. 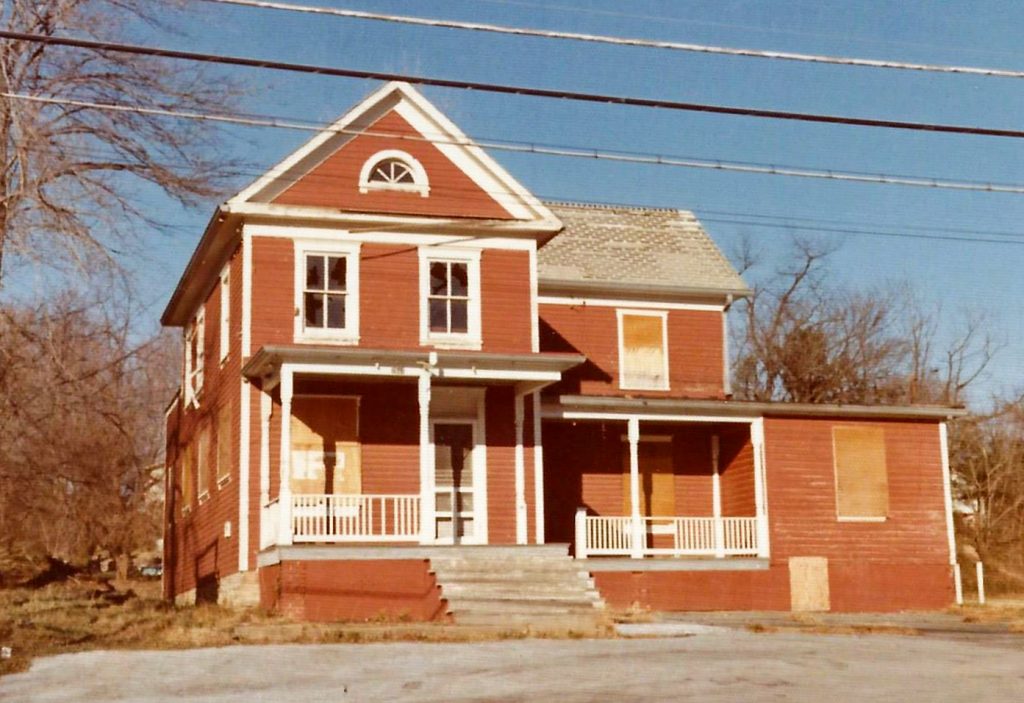