What was that blur of red streaking across the backyard? Could that be a fox standing in the fading light at the end of the street?

I remember the joy I felt when I recognized a fox sprinted across the backyard about a decade ago. Even in wild Cabin John, I mostly saw foxes on the Clara Barton Parkway, flattened by a motorist. The beautiful bright red fur like a flag billowing in the rush of air created by passing cars, how sad it seems to lose such beautiful animals from speeding automobiles. But in the late fall, it’s a good time to look and listen for those that remain of this marvelous carnivore along the Cabin John Creek Trail.

The flash of crimson fur in the forest is one of nature’s great sightings. The red fox’s repertoire of vocalizations is even more vivid—a mixture of woofs, barks, screams, whines, yips, and chattering sounds. Heard from a distance, sometimes they seem like a cross between an angry or hungry parrot and an animal just awakened and letting you know about it. When the ripe wild persimmons are falling from the trees in the neighborhood, the foxes come around at night to eat them and any smaller mammals intending to feast on the aromatic fruits. If you hear strange vocalizations, chances are good it’s your neighbor, the fox.

The ability to subsist on a wide variety of diets has made the red fox the world’s most widespread carnivore among flesh-eating mammals (along with the common leopard). Fruit, roots, birds, small mammals, turtles—there’s a lot on the menu. This omnivorous diet allows the clever fox to move into new habitats or disperse far and wide. They are found across the entire Northern Hemisphere from the Arctic Circle (where they bully the arctic fox), to North Africa (where they encounter a desert-dwelling fox species, among other carnivores such as the caracal). They range down to Central America and go across Asia, absent only from a few islands and extremely dry deserts. They are also the largest among the five species of foxes in the U.S.—the others being the arctic, grey, kit, and swift fox.

There is another reason why foxes are likely to share our zip code and others dominated by the urban/suburban form of land use: there is little chance they will encounter a wolf or mountain lion, and there are fewer coyotes than in less densely settled areas. In places where predators are larger than themselves, foxes typically cling to the outskirts of the territories of those larger carnivores lest they become a meal. Foxes have their stalkers, too, and a wolverine as well as a wolf would eat one. Golden eagles carry them off regularly. When the top carnivores are no longer around because humans are intolerant of their presence, smaller carnivores often flourish in numbers. In ecology, this phenomenon goes by the jargo-bit “meso-predator release.” Think of mountain lions and wolves or tigers and lions and mega-predators. When they are absent, smaller predators that typically are an order of magnitude less in body mass—i.e. meso-predators—unencumbered by predation risk themselves, see their numbers explode. This release of the predation pressure has severe ecological implications, as a rapid rise in middle-sized predators—in our case foxes, bobcats, weasels, and so forth—take over and put increased pressure on the smaller prey they devour—rodents, birds, amphibians, reptiles, even some beetles. An offshoot of this ecological scenario occurs when foxes or other meso-predators are introduced to islands or on continents like Australia that never had these species and lack large predators to keep them in check. In those cases, the meso-predators devastate native birds and marsupials. Foxes are considered a top ten pest species Down Under, spreading across the continent since they were introduced about 150 years ago.

That’s why nature is so complicated. Foxes provide so much pleasure to nature lovers where they are native. But they become a scourge in ecosystems in which the species they feed on never evolved an effective suite of anti-predator strategies to prevent their capture by foxes, or, hard to resist saying this, of their being outfoxed.

Still, I am saddened whenever I see a dead fox. Evolution is just a process with no purpose, but I can’t help but think that the red fox—graceful, elegant, with a fur coat anyone can envy—marks a pinnacle in aesthetics in the record so far. And when I see one along the Clara Barton Parkway or MacArthur Boulevard, laid out on the pavement, I long to bring back the trolley car that used to run to our hamlet from DC. The slower pace would be safer for adults, children—and foxes. 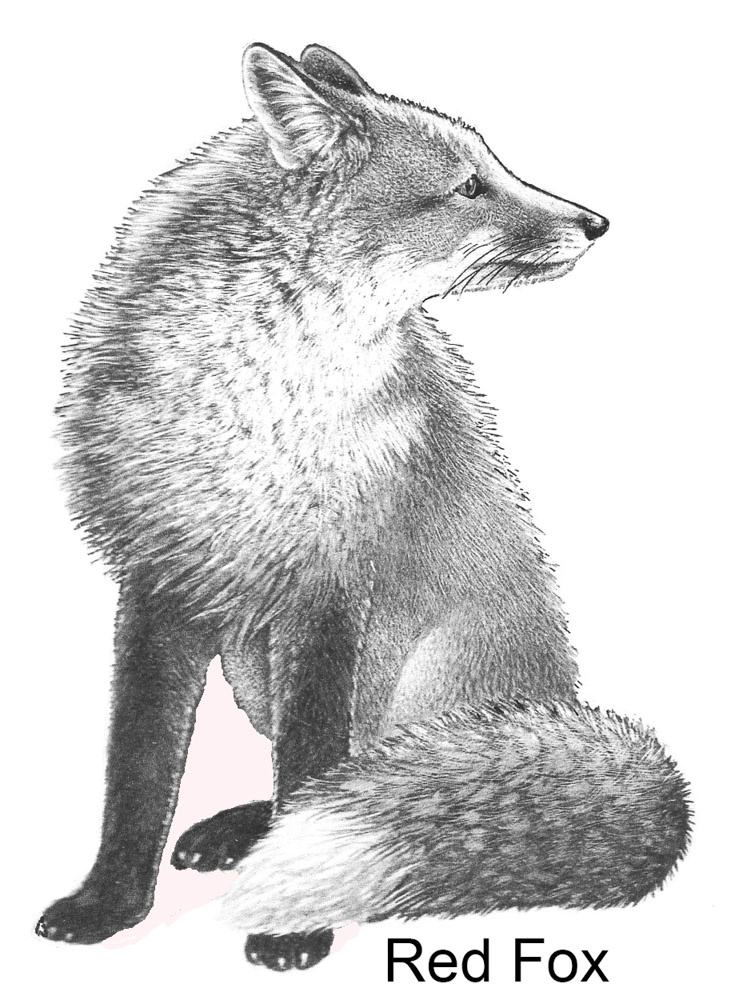